In his national best seller book Influence The Psychology of Persuasion (originally published in 1984), Robert Cialdini explores his six industry-defining principles of influence. If you have not read it, read it.

Cialdini starts out describing a single repeatable interaction between a turkey chick and its mother. When a chick chirps (making a “cheep, cheep” sound), its mother will come and take care of it. Turkeys are deathly afraid of polecats and they are also afraid of inanimate stuffed polecats. Yes, you are correct; turkeys are not the brightest creatures in the world. Interestingly, the “cheep, cheep” sound of a chick emitted from a speaker concealed within a stuffed polecat totally trumps the turkey’s instinctual fear of the polecat as the mother turkey will run to and coddle the chirping stuffed polecat. OK, the words turkey and bright should never find themselves in the same sentence.

Ever heard of Click, Whirr? It’s a thing; Google it. Remember that this book was published in 1984? Imagine a cassette tape loaded in a cassette player. 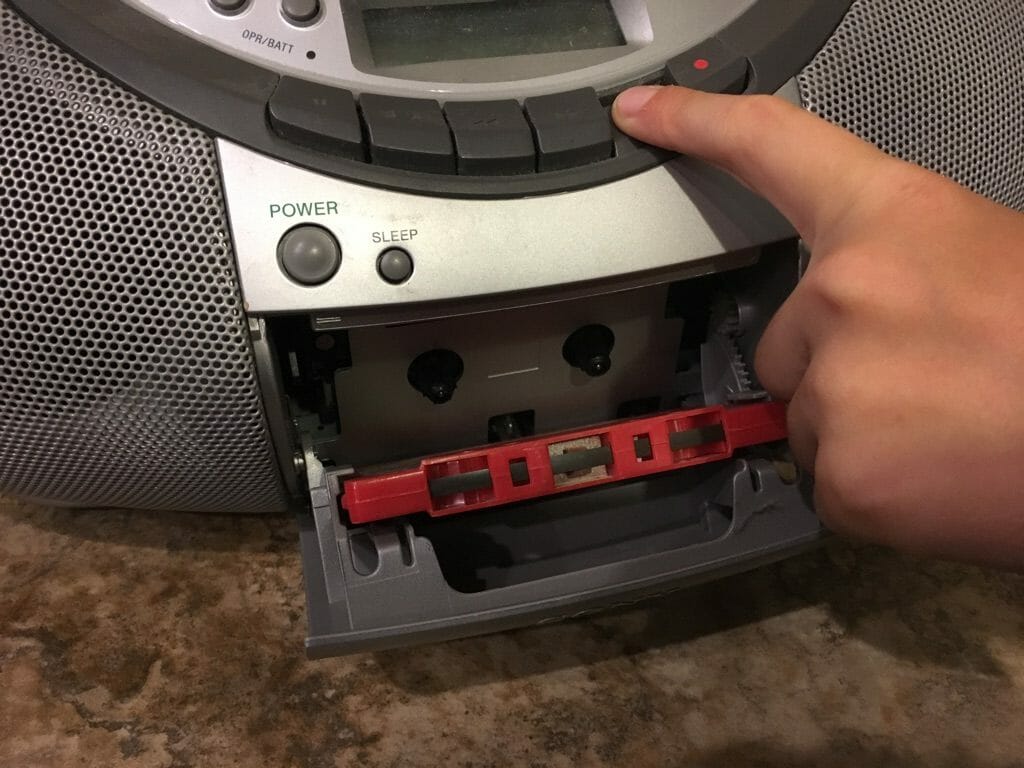 You press play (Click) and immediately you hear the mechanical sound of the tape rolling (Whirr). A chick’s cheep cheep chirp (try saying that 10 times fast!) invokes a repeatable automatic behavior (Whirr) from its mother. Cialdini continually uses the Click, Whirr metaphor when describing these “fixed-action patterns” invoked by a “trigger feature.”

Cialdini’s mission is to outline what he calls the weapons of influence as they are used mercilessly on us everyday. He is most interested in illuminating the most common and most potent strategies that are employed by anyone that wants you to comply with whatever their agenda is. 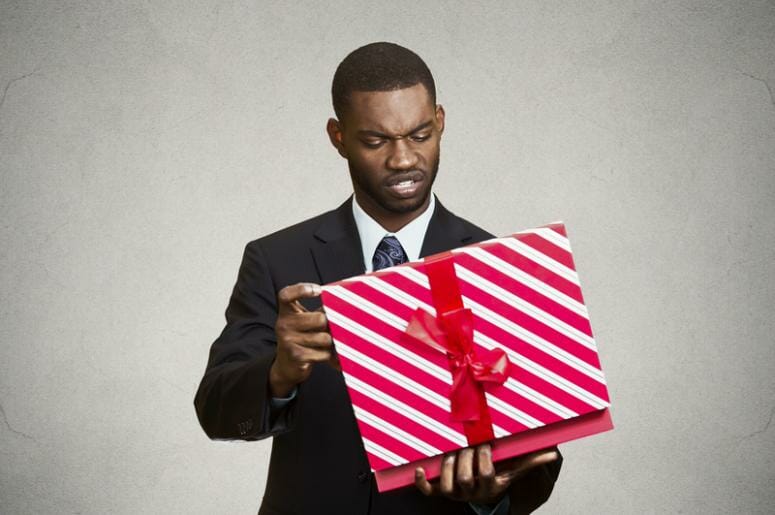 Suppose a co-worker gives you a small insignificant Christmas gift. Suddenly, you feel an intense amount of pressure to return the favor. Click, Whirr – That is reciprocity. It is wielded by the gift-giver and it immediately provokes you to comply.

Suppose you agreed to meet a friend for drinks after work but you simply do not feel like it. However, you go anyway because you said you would. Click, Whirr – That is commitment. In this instance, it was wielded by the inviter which compelled you to do something (it does not matter how insignificant or carefree). Once someone has succeeded in gaining a commitment from you, this principle does the rest of the work. Be careful as this can grow into the sunk cost fallacy.

Also beware of the flip side of this coin: consistency. Suppose someone asks if you think some generic and generally widely accepted statement is true followed by a call-to-action question afterward:

Do you think murder is bad?
Would you support our effort to stop murder?

Do believe that children deserve to grow up in a healthy environment?
Would your support our effort to help the children?

If you are like me, you have a healthy disdain for canned laughter (the on-cue loud and obnoxious laughter that is emitted from so many television programs every 15 seconds).  Click, Whirr – That is social proof. Social proof states that one strategy “we use to determine what is correct is to find out what other people think is correct.” Canned laughter is a modern day example of the baby turkey “cheep, cheep.”

Have you ever contributed to any charity a door-to-door volunteer attempted to sell you? Me either. Have you ever contributed to a charity your neighbor, friend, or relative shared with you? Have you ever bought girl scout cookies? Boy scout popcorn? Me too.  Click, Whirr – That is likability. So the next time that you are talking someone that is pitching anything to you and you discover that their mother is from the same town you were born in but knows nothing about this small town, think again… people will say anything to get you to like them. 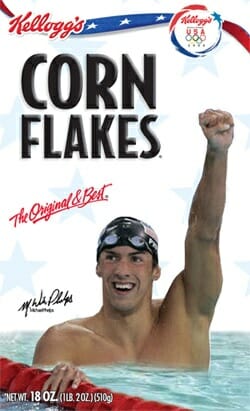 Well, if the masses of social proof did not convince you, maybe the recommendation of one celebrity would? Because we all know that corn flakes are delicious because Michael Phelps (most decorated Olympian of all time) apparently enjoys. Click, Whirr – That is authority. 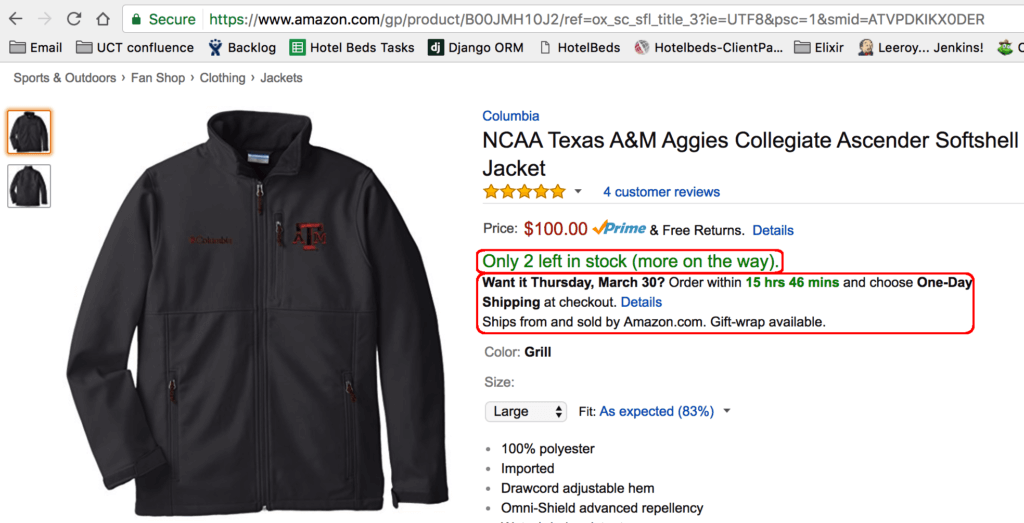 Once you perceive any resource is not infinite, you will be more biased to say YES. Click, Whirr – That is scarcity.

There only 2 in stock – better order now! (scarce stock)

If I want it by Thursday, I must order within 15 hours and 46 minutes. I better hurry and make a decision! (scarce time)

Sure, you can wait to put an offer in on the house, but I do know there are several others looking at the house this weekend. (scarce time)

Don’t be a turkey. When that stuffed polecat chirps, beat it with a sledge-hammer or at least pay no mind and simply walk away.

There is a war out there, old friend. A World War. And its not about who’s got the most bullets, its about who controls the information. What we see and hear, how we work, what we think. Its all about the Information.

Now, armed with the awareness of the most popular and effective techniques that others are using to get you to comply to their wishes, you can better navigate life’s interactions. Maybe you can leverage these techniques yourself in your business?

Share the best or most surprising use of these principles you’ve seen recently!